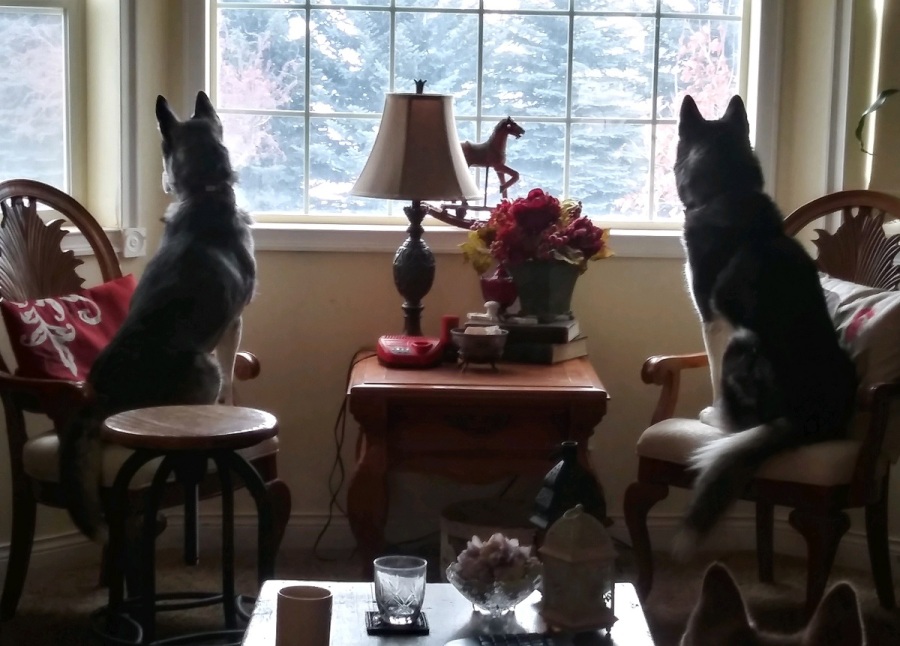 The snow is officially melting and warmer weather is on its way, which means two things. One, the pups will be able to dig in the dirt again (their second favorite past time) and two, they will all be blowing their coats soon. Yay! If only there was a market for used husky fur, I’d be rich.

I have actually considered using the mountains of excess fur they shed each year to stuff my heirloom teddy bears, but I do my best to keep the craft room as free of dog hair as humanly possible. It is a “no husky zone” and I need to keep it that way.

The rest of the house isn’t, despite my strict “no dogs in the kitchen!” rule:

It’s not as easy to keep them out of the kitchen as it is the craft room since the latter has a door I can close. Not that they haven’t tried opening it. Believe me, they are VERY clever and conniving pups! Especially when they think I am secretly making stuffed dog toys (and then not sharing them) behind the door.

Speaking of heirloom teddy bears, Freddy now has a new friend I’ve named Fannie. They will be helping me put together this cute little teddy bear pincushion I ordered last year and almost forgot about:

Sadly, I was too late in ordering the cute little Easter bunny I wanted to make this year but that’s okay. I still have a couple of other kits I can work on that I have been saving, including this one:

6 thoughts on “At Least There is Hope”