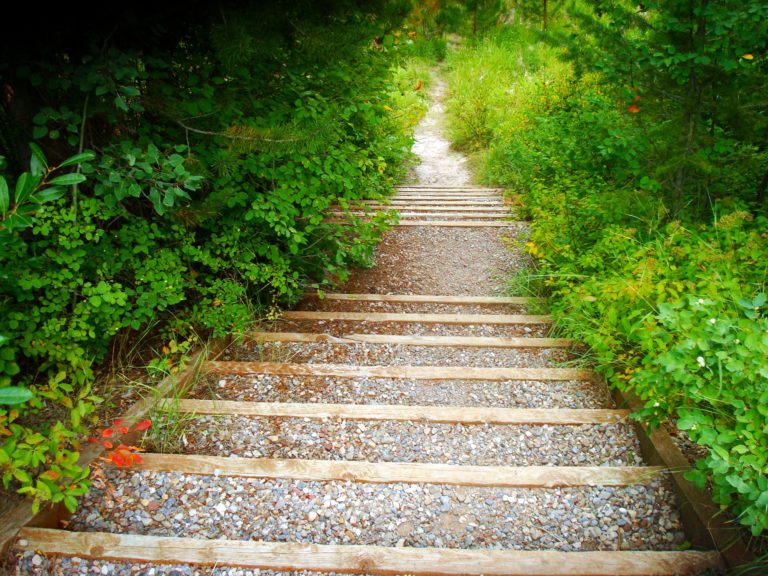 Several years ago I began having what I can only describe as strange daytime visits and vivid, nighttime dreams about my grandpa who had died when I was a little girl.

During the day I would sense his presence, hear Irish music playing over and over in my head and more than once the smell fresh mint tobacco would hit me for a brief moment. I barely remember him, so at first these things didn’t click with me that it was a sign that it was him, but by all accounts I was his favorite and he doted on me right up until his death when I was five years old. So it made sense that he would come to “visit”.

In my dreams, he was taking me on tours of his life. He showed me the fields where he worked and the big tree outside the back door. He showed me his new John Deere tractor. I moved through each room of the farmhouse where my dad and his nine siblings grew up. Sometimes I would see them playing checkers in the kitchen or grandpa playing his harmonica while sitting on a bed in the enclosed front porch.

I had never been to this house, and had never seen pictures of it before (because none existed), but when I finally explained it all to my dad he was shocked at what I came up with.When I described the layout of the farm and farmhouse he confirmed it down to minute details I had been shown. I told him how I watched grandpa prop him up on the tractor to help him adjust his metal skates and I even knew that they used the backdoor as the front door since the front door was blocked off once the porch had been enclosed to be used as a bedroom. I hummed a few bars of the Irish song that kept playing in my head and he said it was a tune my grandma and grandpa would dance to. The Irish Washer Woman was the name of it. They had even won Irish jig contests to that song!

It turned out, he, too, was having strange dreams and even a few ‘encounters’ with what he thought was grandpa’s ghost. It was quite jarring for him as he was a skeptic of the paranormal. At least up until then.

“Who is Earl?” I asked him one day, after hearing my grandpa’s voice clearly say “Earl” during more than one of my ‘interactions’ with him. But there was no “Earl” in the family that my dad knew of. There was a cousin, Pearl, but I knew grandpa had said the name “Earl” and was curious as to why this guy seemed so important to him.

Because of all this, I volunteered to help my dad track down our family history. I already knew I was directly related to Rebecca Nurse of the Salem witch trials thanks to an extensive genealogy done by an uncle on my mother’s side, but my father’s line was proving not so easy to trace, despite a lot of effort on his part over the years.

He had been at it ever since I could remember, long before the internet was around to make the task easier. He and his brother worked together and they relied on family stories, family photos, family bibles and sending letters off to record keepers around the country to help them fill in the gaps. They had gotten pretty far, but by the early 90’s they had hit a brick wall at a Benjamin Morris married to a Sarah Morris from the mid 1700’s. As you can imagine, there were quite a few men from that time period named Benjamin Morris and more than a few of them were married to a woman named Sarah.

Being computer savvy, I thought I’d be able to help, and I quickly set about trying to piece our genealogy together myself using websites like Ancestry.com. I thought there must be a connection to this “Earl” my grandpa was so adamantly trying to get me to find so I tried to find any Benjamin Morris from the 1700’s with a relative named “Earl” but that proved futile.

I spent weeks obsessively doing all I could think to do to find this mysterious “Earl”, and nearly gave up when nothing connected to our Benjamin. Then one day, I decided to just Google “Benjamin Morris and his wife Sarah from the 1750’s” and up popped a link that seemed too good to be true…

To make a long story short, a distant cousin of my father had hired a genealogist unbeknownst to our side of the family to trace the line and a family book was the result of his efforts. Not just any book, either! It was nearly 700 pages of detailed information going all the way back to the 1200’s and included our Benjamin and Sarah and so much more! It is full of photos, copies of deeds and marriage certificates and even has my dad and his sibling’s families listed toward the back. My own name was in there, and in the very back is a list of all the names and surnames of all of the family members, too.

There were only 500 printings, most of which were in libraries around the world and not for sale, but I quickly tracked down and acquired a copy of it and keep it as a treasure to pass on to the next generation (of course!).

Sadly, there was no “Earl” to be found, but that’s okay, the book is more than we could have dreamed of!

The visits from my grandpa stopped for both of us at around the same time I found this book, though, which is a bit sad but he did come to me in a dream one last time not long after my copy arrived in the mail. In this dream, we were sitting in my living room and I was showing him the book. I was telling him that I looked and looked but there was no “Earl” to be found in it.

He smiled and then laughed a bit and handed me a note. Just before I woke up, I opened it and written on it were three letters that read: “URL”. I knew immediately that his urgently imploring me to find “Earl” was his way of telling me to go online and find this book!